Make Your Own Beauty Balm With Apple Stem Cells | DIY

You won't find another recipe like this!
(well not yet anyway;))
For lips, cuticles & under eye area, this simple multipurpose
beauty balm contains anti-aging plant stem cells. 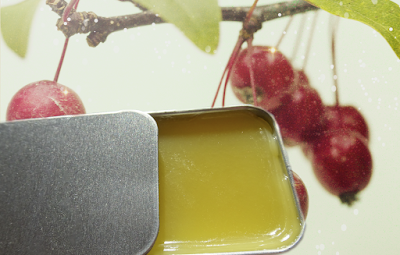 This is where you can purchase the stem cells
Did you notice the translation mistake on the bottle?
It's supposed to be "Crab Apple" Not "Crap Apple" Hehe

While Gemmotherapy, from Latin "gemma", meaning bud (plant stem cells) have been used as medicine since the early 1900's, Skin care companies are now catching on to the use of plant stem cells topically and companies all over the world are adding them to high end serums and face creams.

Plant stem cells appeared on the skincare in 2008, when extracts taken from a Swiss apple were shown to provide protective effects on human skin cells. The apple displayed the ability to heal itself if its skin was cut while on the tree. A study, published by the International Journal for Applied Science in 2008, found that a cream containing the apple extract decreased “crow’s feet” wrinkle depth by an average of 8 percent after two weeks and 15 percent after four weeks.

Many other plants can be used in stem cell format for benefits on the skin.  Grape buds and Rosebuds are known sources of antioxidants and can protect skin and diminish signs of aging, edelweiss is one who's stem cells have anti-inflammatory properties, and gotu kola can be used heal damaged skin.