A great feel-good story confirming that you can
never give up on your own health!

Never let anyone tell you that you are "incurable".
Allan Taylor didn't. 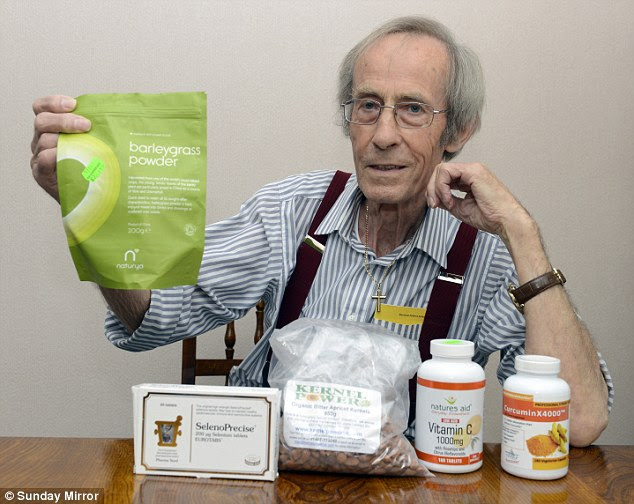 Doctors told Allan Taylor, 78, in April that his cancer couldn't be treated and had spread from his colon to his small intestine.

In August the retired oil rig engineer from Middlesbrough got another letter -
to say he was cancer-free.

He puts the change down to his new diet, which he adopted after looking up 'colon cancer cures' on the internet.

Mr Taylor made the changes after he received a letter telling him there was was no point having any more chemotherapy as it would not cure him and neither would an operation.

'They said if they cut out the cancer it would just pop up somewhere else'.

'But I was determined to stay positive and decided to find my own cure...