I found some mating slugs stuck to our shed wall at night. 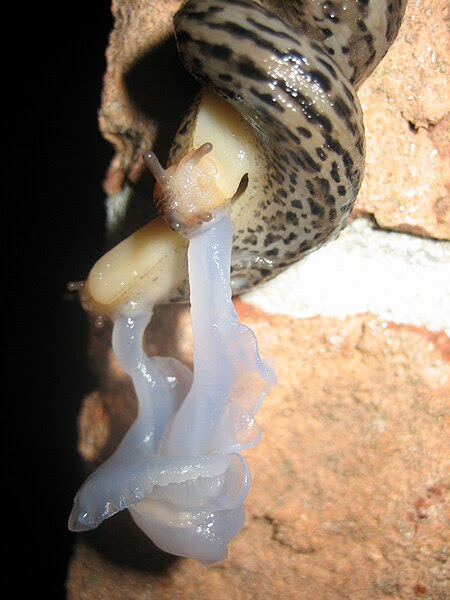 Weird, wacky, gross or amazing, whatever you call it it is nature in action...
Want to know what's even weirder?

Slugs are hermaphrodites, having both female and male reproductive organs.

Once a slug has located a mate, they encircle each other and sperm is exchanged through their protruded genitalia. A few days later the slugs lay around 30 eggs in a hole in the ground, or beneath the cover of an object such as a fallen log.

Apophallation is a commonly seen practice among many slugs. In apophallating species, the penis curls like a corkscrew and during mating often becomes entangled in the mate's genitalia.

Apophallation allows the slugs to separate themselves by one or both of the slugs chewing off the other's penis. Once its penis has been removed, the slug is still able to mate using only the female parts of its reproductive system.
Source

"Chewing off the others penis"...eeek...What the heck?  Strange eh?

Sorry for the poor quality video, it was pitch black and I was trying to hold the camera and a flashlight.