Each year I make something special for my Mother's Birthday and each and every year she tells me that it is her favorite
and she wants it every year - teehee...

Last year her favorite was the apple pie, the year before it was strawberry jelly roll
but this year her absolute favorite is my coconut cream pie :) 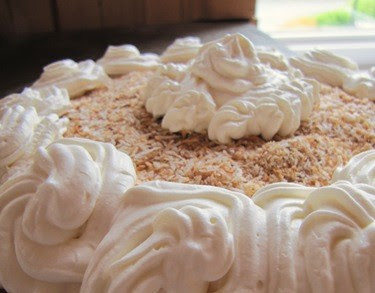 There are two versions of this pie, I made Mom the traditional one rich and creamy with whole organic cream, egg yolks and lots of grass fed butter.

The second is also delicious and is dairy-free, gluten-free and egg-free for those with allergies or who eat a vegan diet.

Mix the flour and butter with your hands until pea size clumps form
add egg, water and vinegar and lightly mix until dough hold together.
Refridgerate 30 minutes and roll out.
Crust video can be found HERE 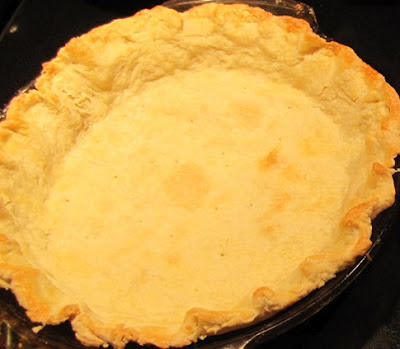 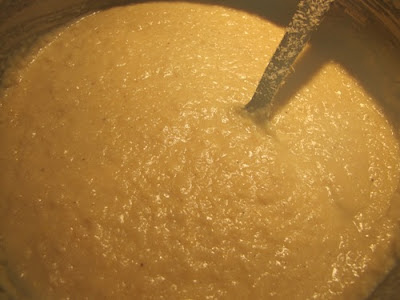 Slowly whisk the egg yolk mixture into the simmering milk...Whisk on medium heat until thickened.
Add 1 Cup of organic shredded coconut to the custard, stir and let cool.
Toast 1/4 cup of coconut on the stove-top until golden brown. 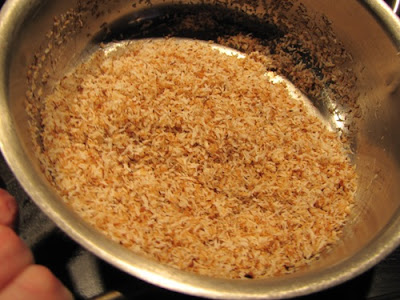 Whip 250ml of organic whipping cream with 2tsp organic cane sugar and 1 tsp organic vanilla for topping.
Assemble the pie when crust and custard have cooled by spooning custard into pie shell, top it with whipped cream and toasted coconut. 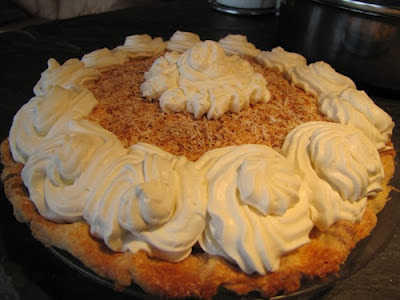 Pulse together in a food processor and press into the bottom of a pie pan.  No need to bake.

Slowly whisk the custard powder mixture into the simmering coconut milk...Whisk on medium heat until thickened.

Add 1 Cup of organic shredded coconut to the custard, stir and let cool.
Toast 1/4 cup of coconut on the stove-top until golden brown.

Place the can of coconut milk in the refrigerator and leave it there overnight. When you open the can of coconut milk, there will be a firm layer on top, scoop out ONLY this firm layer coconut cream that has solidified at the top of the can. Don't include anything but the solid cream. (The water at the bottom can be used for something else, perhaps in a smoothie.)
Whip the coconut cream on high speed for 3 to 5 minutes, until it becomes fluffy and light, with soft peaks. Mix in sugar and vanilla beat for 1 more minute.

Assemble the pie when custard has cooled by spooning custard into pie shell, top it with whipped cream and toasted coconut. 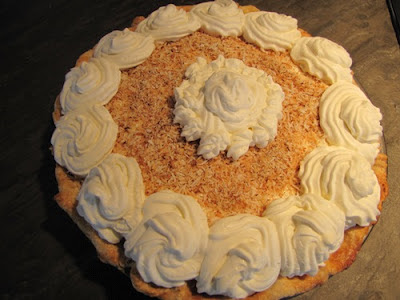