I Will Never Purchase From Marmot Again | Precip Jacket & Pants

It's raining today and it got me thinking about the Marmot suit I had purchased and how I didn't post an update. 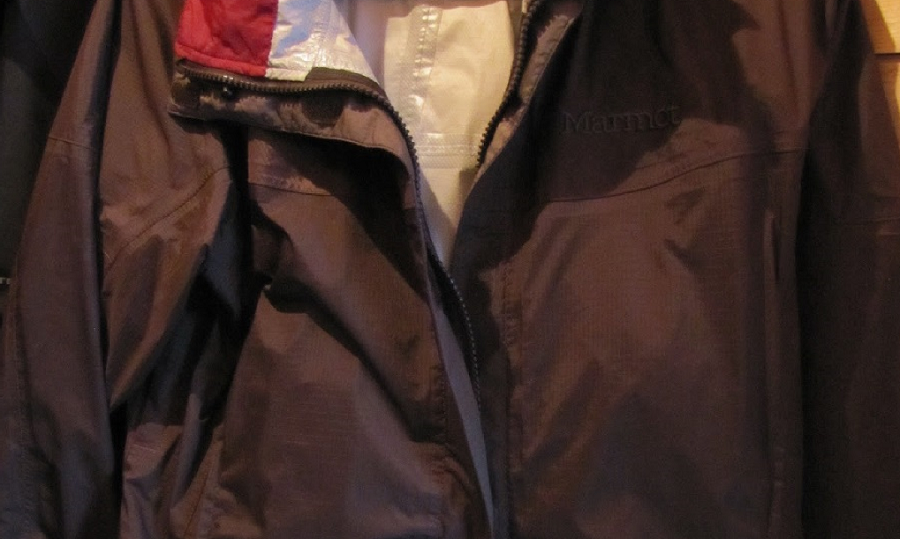 First of all you can read my previous post below to see the poor quality of this suit. I was advised that they no longer carried this color so I would have to settle for a miss-matched set when they sent me the replacement pants.

I packaged the pants well and paid around $15 to send them back...This took several weeks and when they arrived to Marmot Canada I was called by the rep who told me there was some oil spilled on the package and a notification from Canada Post stating they were sorry for the damage.
The lady at Marmot proceeded to insult me by telling me the pants were "rotten" and unhygienic and that I should have washed them.  I told her that I had only wore them a few times and every time they were over cotton sweatpants and I had sponged cleaned them prior to sending.

Several weeks later the new black pants arrived.  They had them remodeled for 2011.  Not only did they not match (which I was aware of) they were HUGE! The new make were totally different and were so large that I had to check the tag to see if they were men's because they fit my husband who takes a 34waist/33inseam in mens. (I'm 27waist/29inseam)

The old pants fit perfectly at least, even though they did leak I should have just kept them and chalked it up to an over-priced wind suit.

I called Marmot back and was speaking to the same rep who became quite frustrated.  I told her to just send the old pants back as these new ones were huge.  In a condescending tone she told me they had to discard my filthy unhygienic pants and she didn't even touch them because they were full of skin oils.

Skin oils???!!!  Geeze how can someone be so insulting?  First of all, they were contaminated by Canada Post - Maybe this was the issue...Secondly how would she know if she never touched my disgusting pants?  Like I wear sticky rain pants naked???  Is this how customers get treated?

She did tell me to pay once again to send them back and she would issue me a refund for the original price I paid....This did not make much sense.  Now I will have no pants and will have paid over $30 screwing around with returns.

I decided to give up, went out and bought a new set of Wetskins (Wetskins have a new style lightweight, breathable, pvc-free and lined for only $59 (Pants & Jacket) at Costco) and I will perhaps use the Marmot pants as a set of overalls? 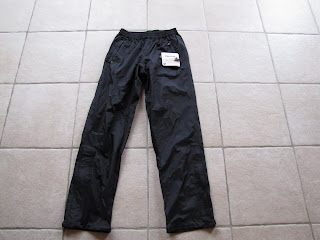 Finished with this company.

After spending many hours researching a good Teflon-free waterproof rain suit I opted for the Marmot Precip Jacket and pants which retails for approximately $75US ($100 in Canada) for the pants and $99 ($120 in Canada) for the jacket. I was extremely happy with the fit. I am 5'3 with a 27" waist and a 29" inseam and the regular size small pants (not petite) fit perfectly. I hate high waited pants that dig into your ribs yet I didn't want something so low that i would get butt-crack freeze. These sit perfectly just below the belly button.

The pants have mesh pockets for ventilation and zips at the bottom for easy access getting boots on and off. The jacket has zippered vents in the pits which is nice if hiking in warmer weather.

Now for the cons...The inside coating is tacky and somewhat fragile. I always felt damp inside the coat even on foggy and misty days. I had only wore the pants for a few walks...maybe 20km in total. I recently wore them in moderate rain for the first time and got soaked right through on the inner knees and butt and was damp all over especially on the upper legs.

I was not too pleased with the results so I checked the inside of the pants only to discover the coating was cracked in several places. I had only ever wore these over soft cotton sweatpants so there was nothing rough (like jeans) rubbing the inside of the suit.

I contacted Marmot with photos and my complaint, it took several attempts to explain to them that I was not going to pay to send the suit back to their sewing repair facility unless I was positive they could repair this. It did not appear to me that this could be sewed.

I emailed again giving them my phone number and asking that they have a manager call me. She did within 24 hours. I was only offered a spray coating for the jacket which I will not be using as I won't use chemical coatings. It was also suggested that I rejuvenate the lining by placing it in the dryer for a few minutes. I will give this a try. After reviewing the photos she agreed with my original thoughts that the pants could not be repaired and offered to send me a new pair.

I appreciate this and hope they arrive soon but I was disappointed that they no longer carry the pants in the color (Raven) which matches my jacket. She offered me a choice of black or gray. I originally paid for and wanted a matching set but they could not offer a new set only new pants. I am waiting for the new black pants to arrive and hope they prove to be more waterproof than my previous pants.

I spent $99 on my old Wetskins and while they were bulky, they lasted 11 years. I still like the fit of the Marmot suit, it just seems to be an expensive investment for a garment that is better suited for wind than rain.
Email Post
Labels: * Apparel * ApparelFind Fashion Home-Garden Review Shopping