Poplar Armoire (Bathroom Cabinet)
119 days ago I started this project by sketching something up on a piece of paper.

It was supposed to be a Christmas gift for my wife (Colorful Canary) . . . but that did not happen. The next big event was our 11th anniversary in January . . . nope. I had high hopes for her birthday in March . . . yea right. But finally . . . I have it done.

I took the unit from the shop to the basement to let it get used to the moisture in the house. I want to address any movement before I bring it upstairs. Its one heavy sucker . . . about 105lbs with the drawers installed. Its stands about 48” high x 20” wide x 10” deep. DW waxed the wooden drawer runners with bee’s wax and they slide quite easily . . . no sticking.

We still have to find some wire baskets and hooks to go inside the doors. DW will be painting it a little later. We Painted it & changed the hardware.

Here is how it was constructed:

Well its getting mighty close to Christmas and I have one big project left . . . an armoire for DW.

I started by planing down a bunch of 15\16 Poplar to 3/4”. I’m not really sure if I have enough, but if I don’t I can run to Home Depot and pick up some D4S. I have to joint the boards before using, but that will be another day.

Last night I developed the plan for the project. This is how I plan most of my projects: grab a piece of paper and a pen or pencil, sit down at the kitchen table with a cup of tea and start sketching. 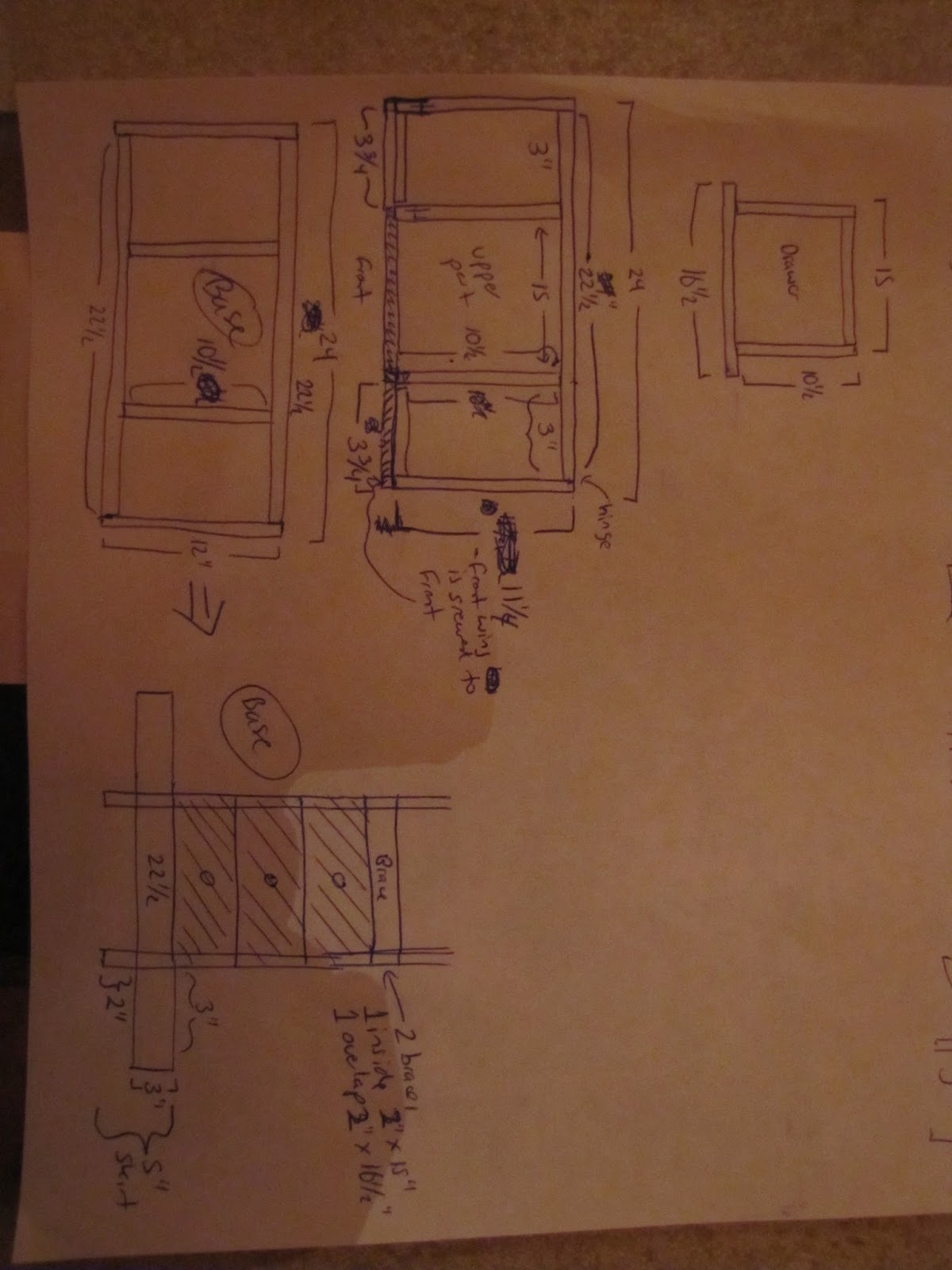 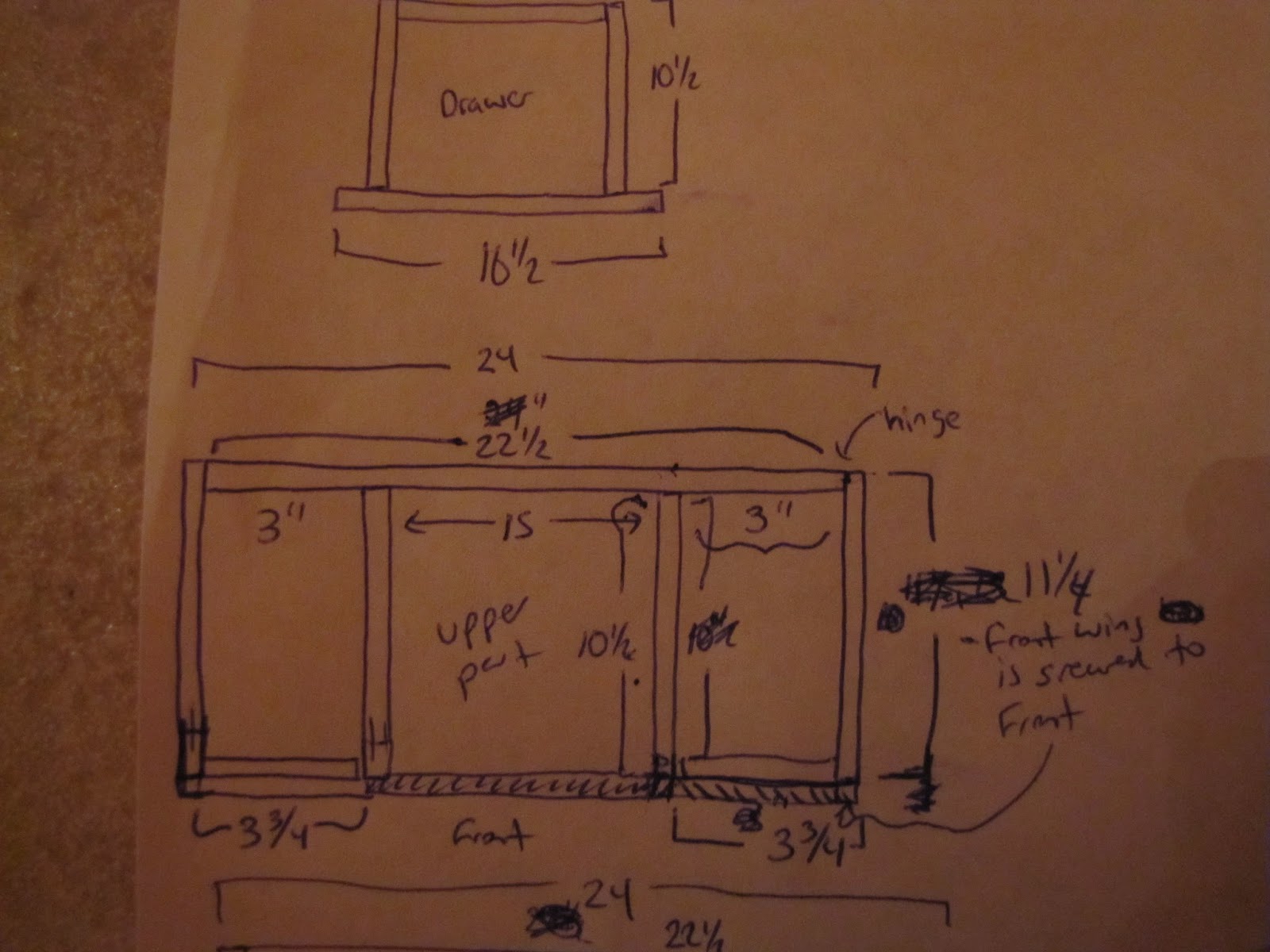 I decided to video blog this section. After I did the jointing and did a few calculations I realized that I need more wood. I think I’m going to pick some D4S at Home Depot as planing and jointing takes a fair amount of time. 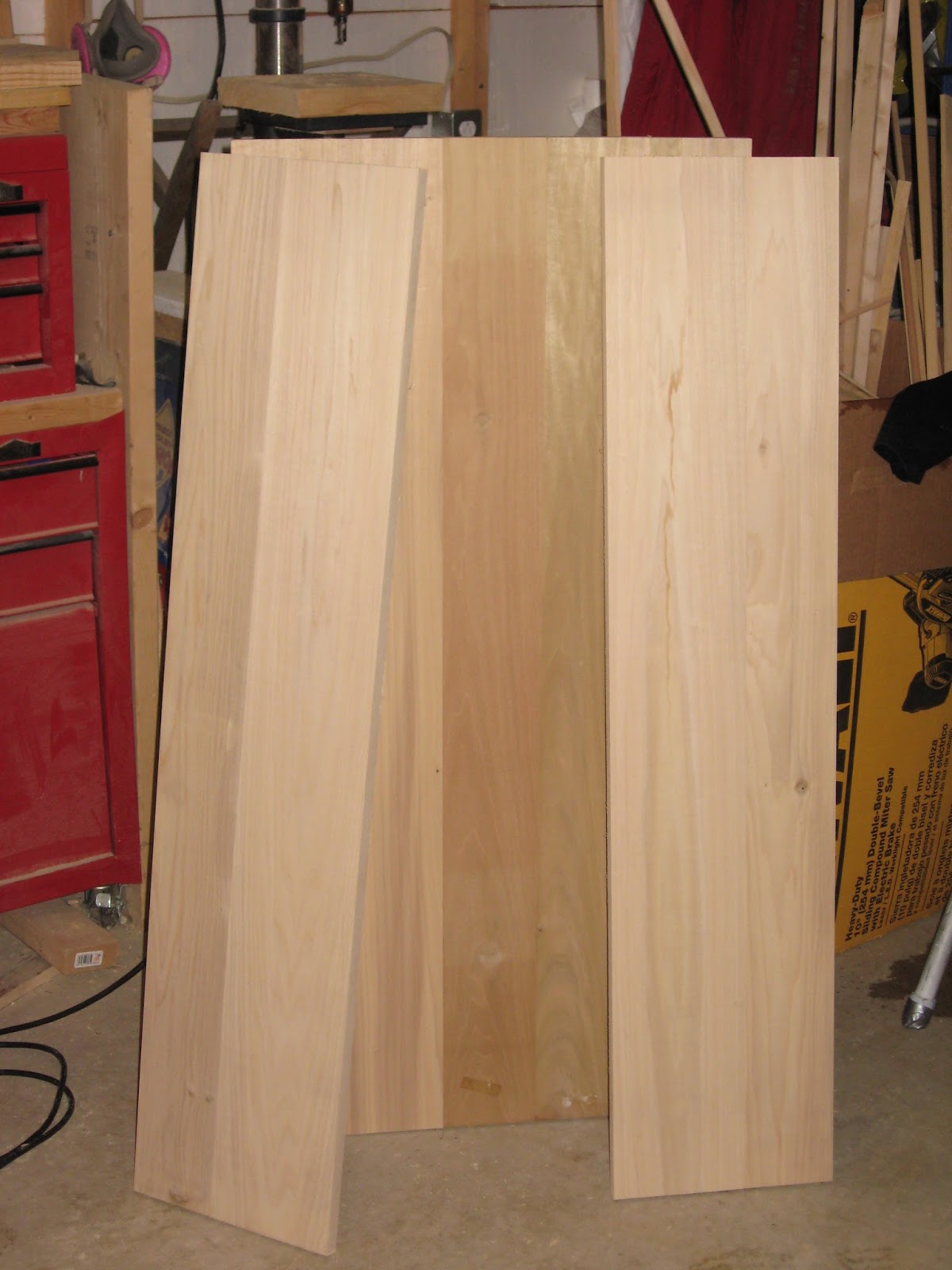 This is how I did it:

I spent the last couple of days taking additional measurements, cutting boards and assembling the main section of the amoire. I am using 1 1/4” countersunk gyprock screws for the construction.

I have two videos . . . but they are still in the editing stage. However here are a few pics. 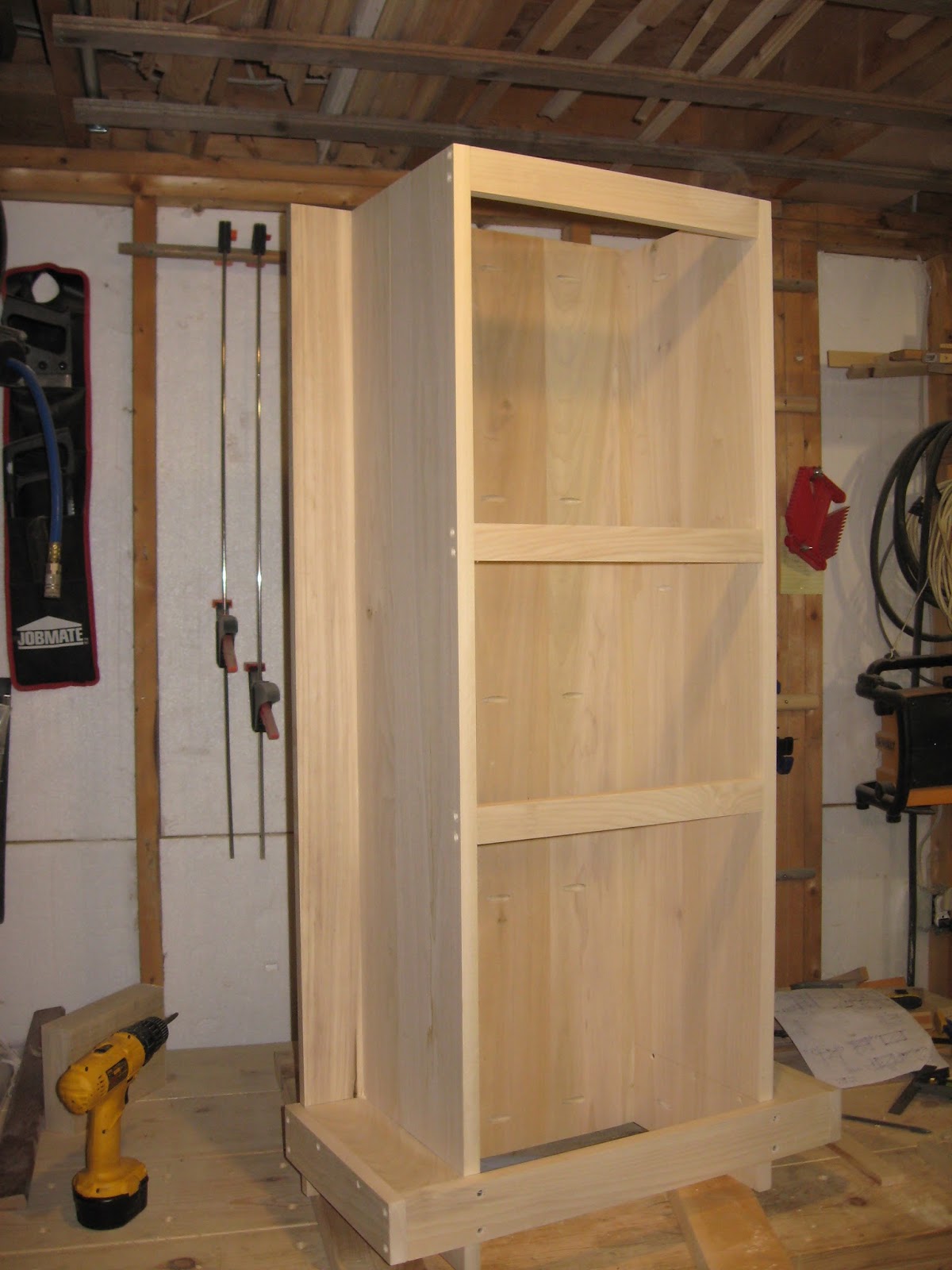 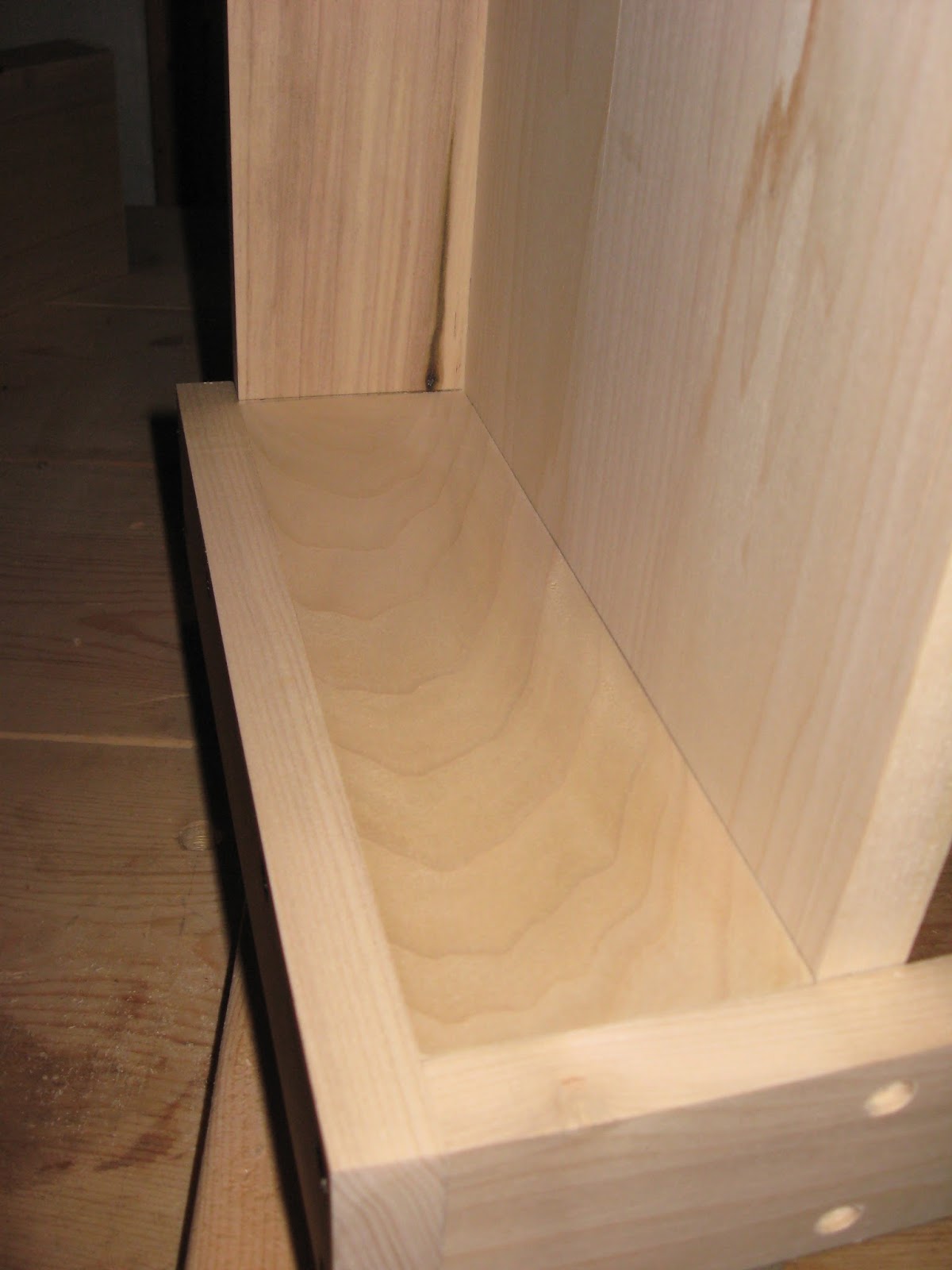 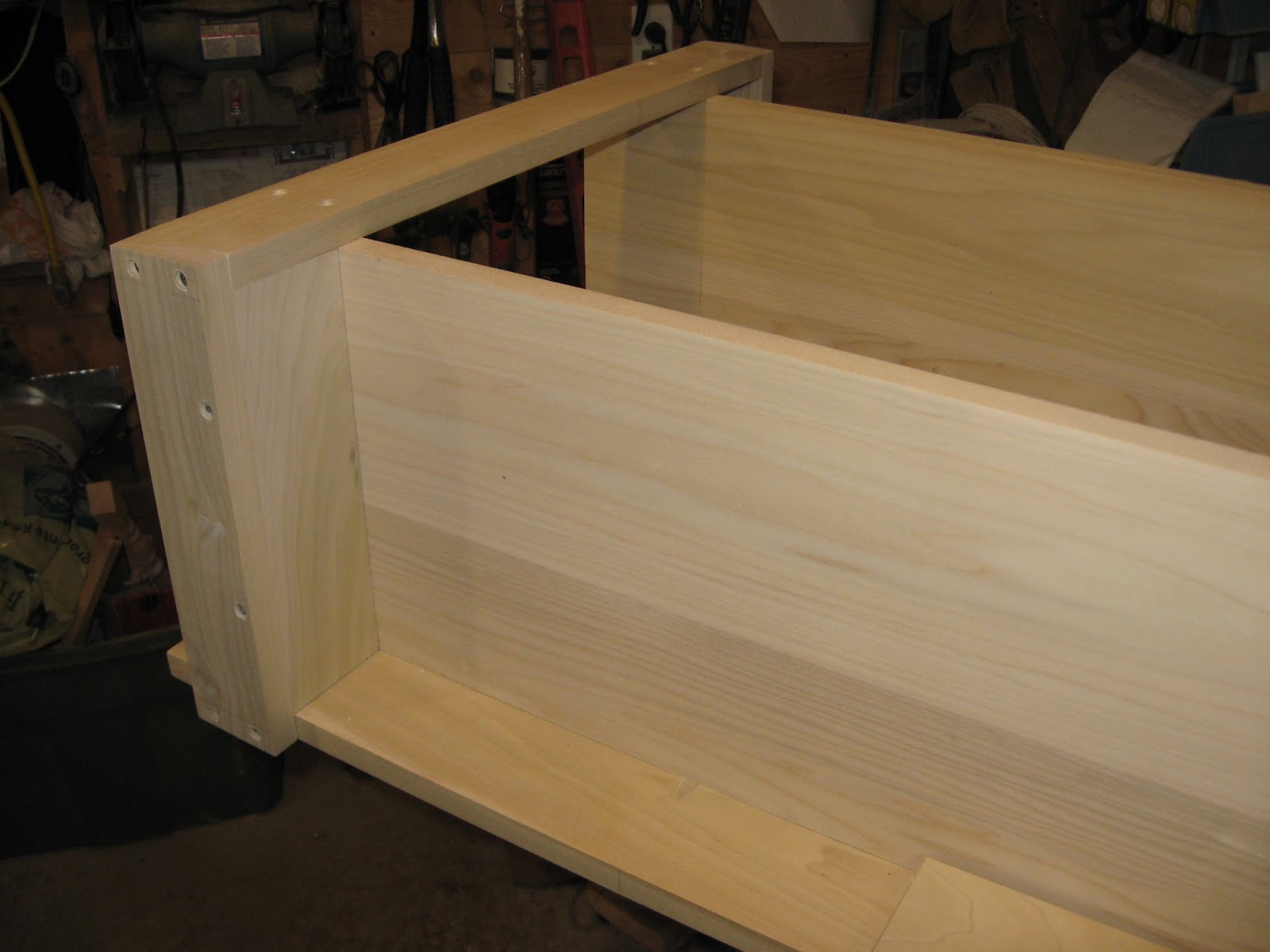 How is it that something so simple can cause so much grief?
I had it all worked out in my head and everything was going fine until I made one stupid mistake . . . actually I made the same mistake 16 times. I was not happy when I discovered what I did . . . actually DW saw it first and I’m glad she did as I would have had to do a whole lot of deconstruction to fix the errors if she was not there to pick up on it. Watch the video.
Its all fine now. :-)

Did a little more work on the armoire. Drawer sliders and drawer bottoms.
Please take a look at the video . . . oh and there is an outtake at the end that I found funny.

Well I finally have the drawers installed. There is no hardware, and they are a little “un-smooth” in their operation, but they are built and they do work. I have some fine tuning to do . . . but that will happen later.
Cheers !

With this installment I completed the doors for the side of the cabinet, installed the piano hinges, plugged a bunch of holes and did some sanding.

Hey all . . .
I finally got back at DW’s Christmas Gift/Anniversary Gift/Birthday Gift. I had some basement renos to work on so had to let this project sit for a while...I’m hoping that I will get it completed before it also becomes a Easter Gift. LOL Comments welcome.

You know that great feeling that you get when you are coming to the end of a project and you can pretty well see the finish line? Well I have that feeling after today. Take a look.

Here is the last video for this project where I installed the hardware and triple beading.
The finished project is pictured at the top of this page. 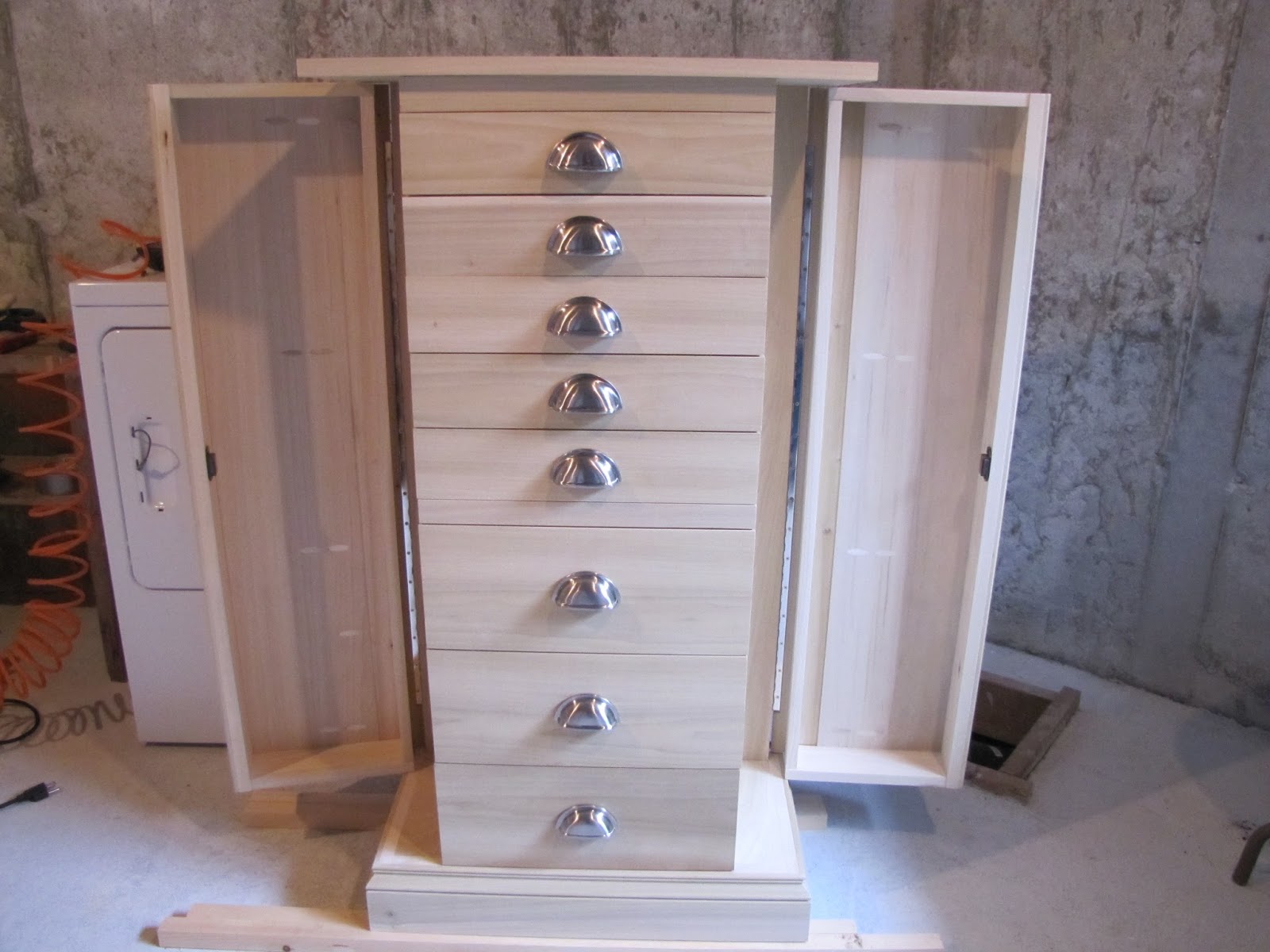 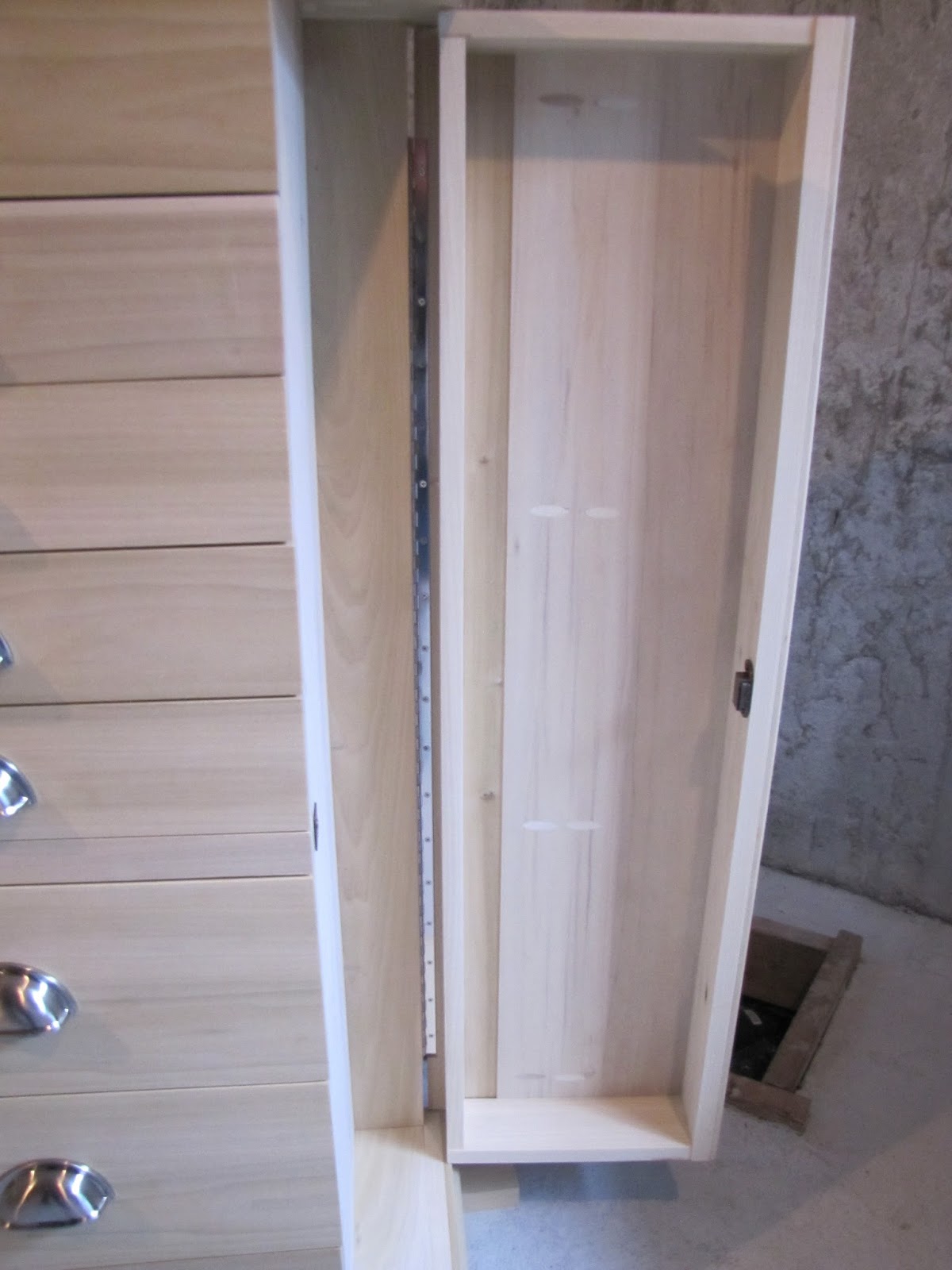 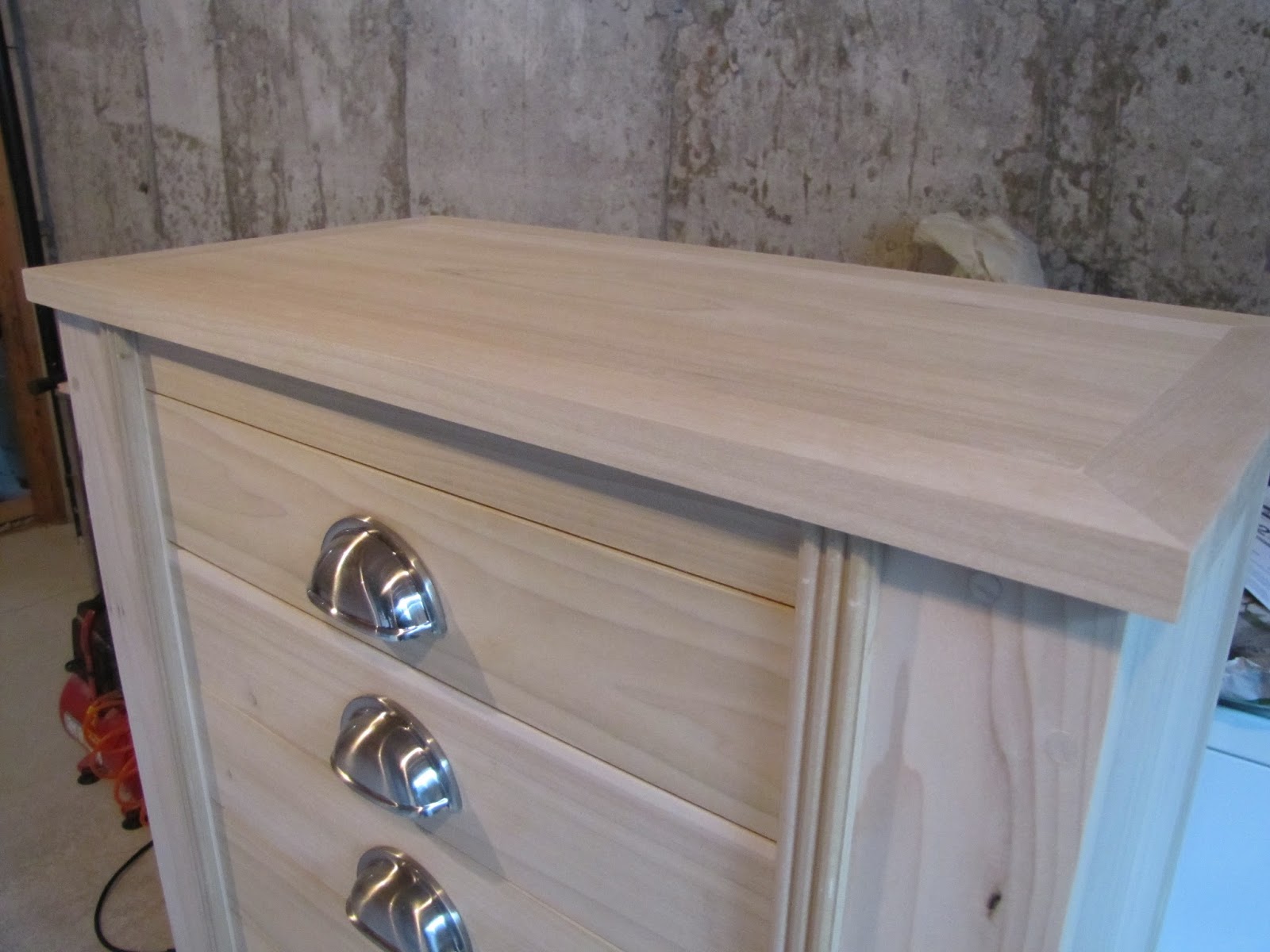 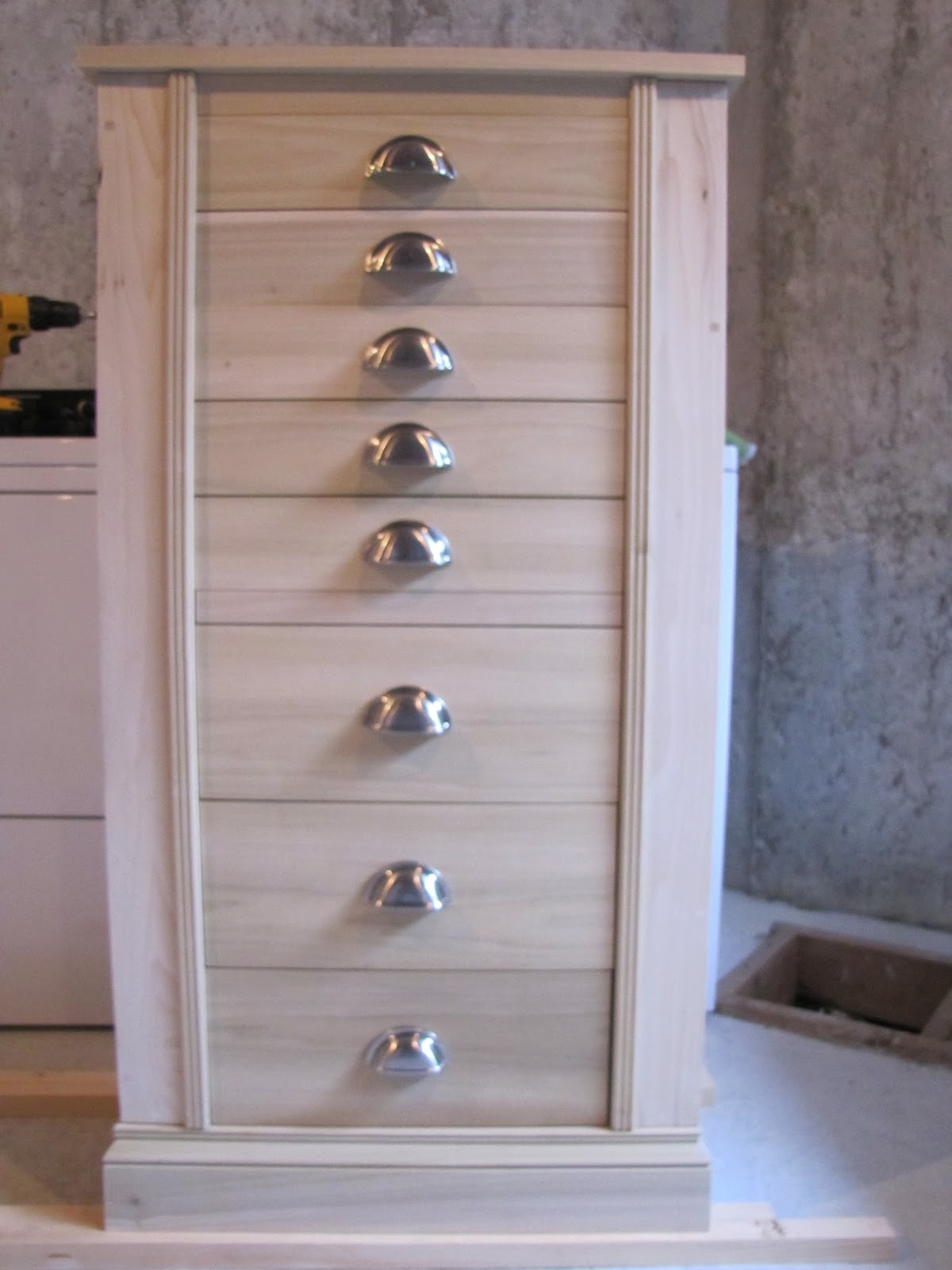 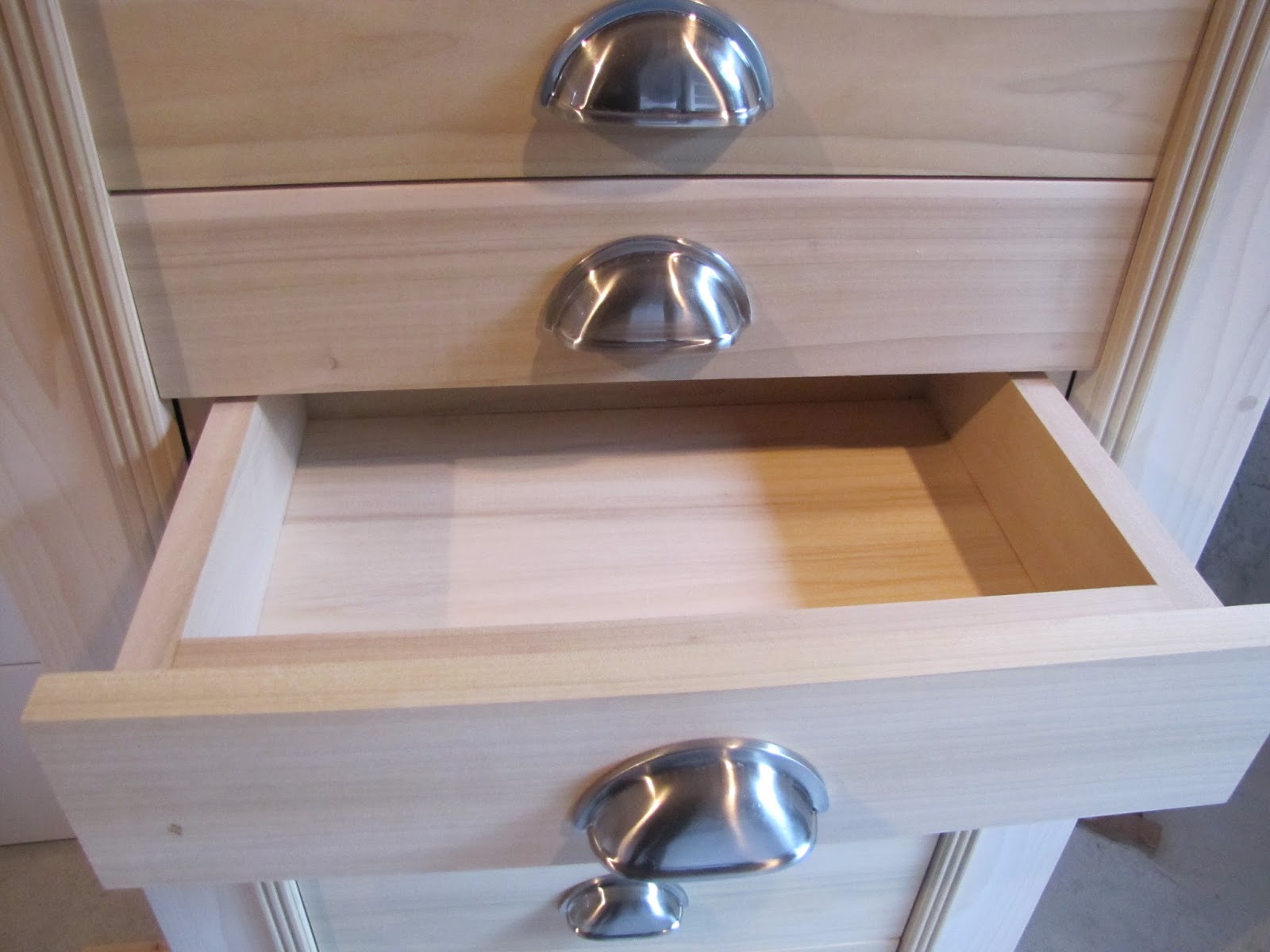 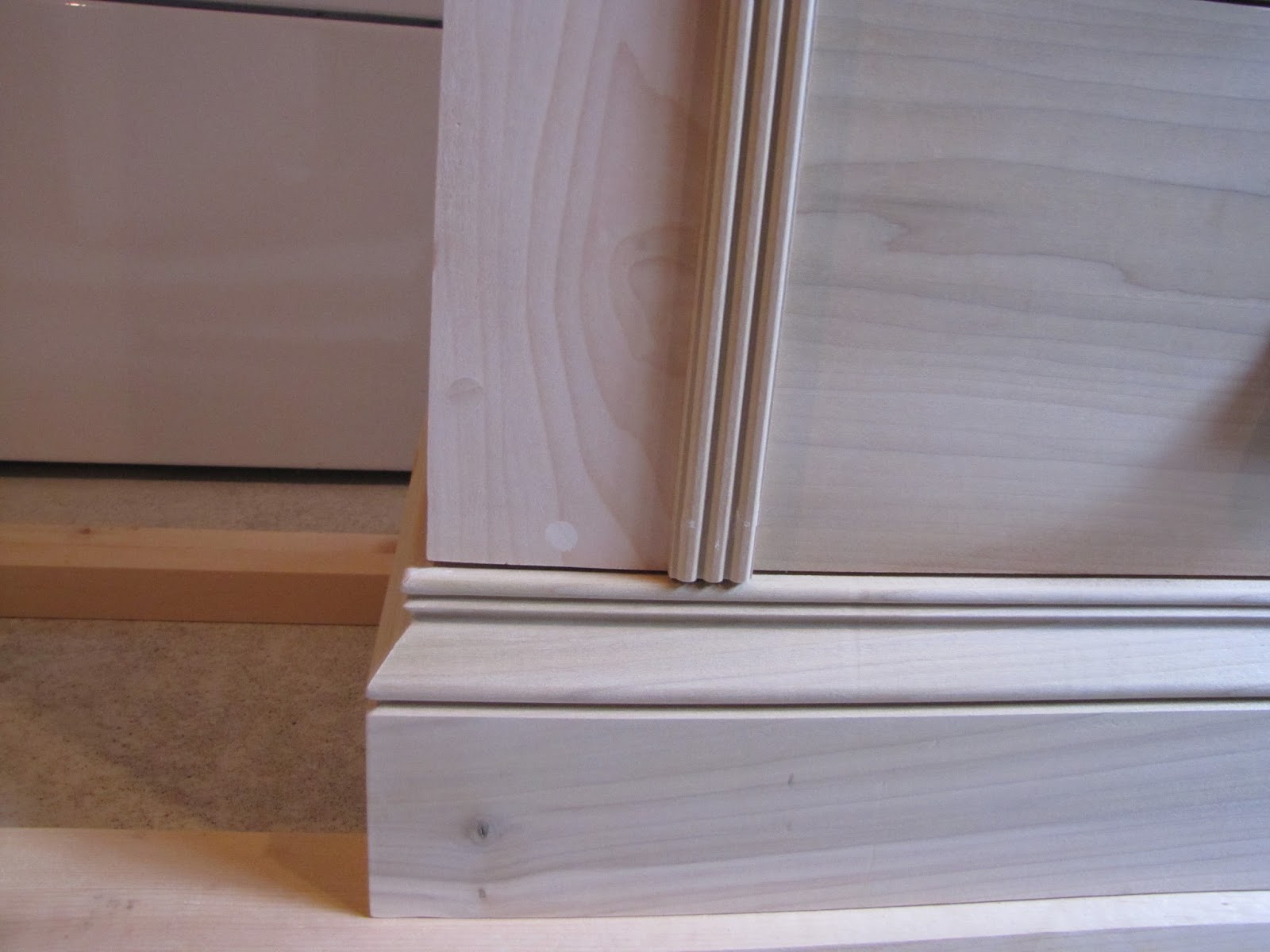 As always, my project was completed without the use of any glue (aside from food grade organic gelatin) and free from any toxic conventional wood working products. My wood filler is made from a mixture of sawdust from the project and gelatin.  Organic Bees wax from Mountain Rose was used for the drawer slides and DH may finish it in either milk paint or some new organic flax oil paint she is researching.
Email Post
Labels: * Home~Garden * DIY Home-Garden HomeGardenDIY Howto Woodworking