Rather than buying plastic junk for Halloween decorations,
Zuki shows how easy it is to make this cool
spooky solid wood ghost sign! 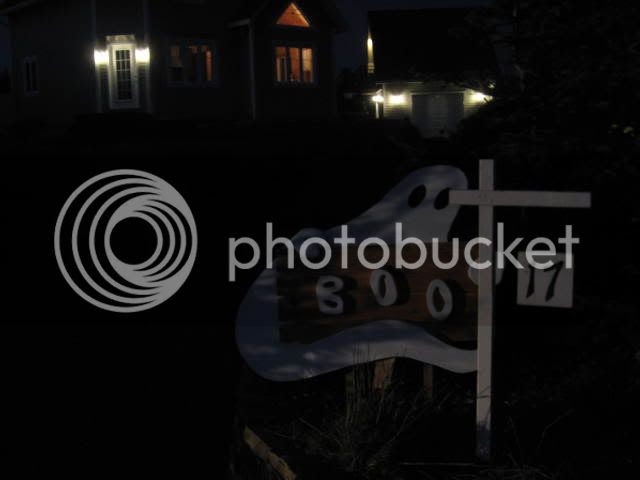 Zuki had no idea of what to build for Halloween.
I came to the rescue with this piece of clipart . . .

I had a couple of pieces of 8ft long by 12” wide rough sawn pine that I thought would be excellent for this project.

I started by cutting off a piece for the “sign” . . . 26” to be exact. I broke out the planer and smoothed out the remainder of the board for the ghost. There were no measurements so I had to eyeball it. 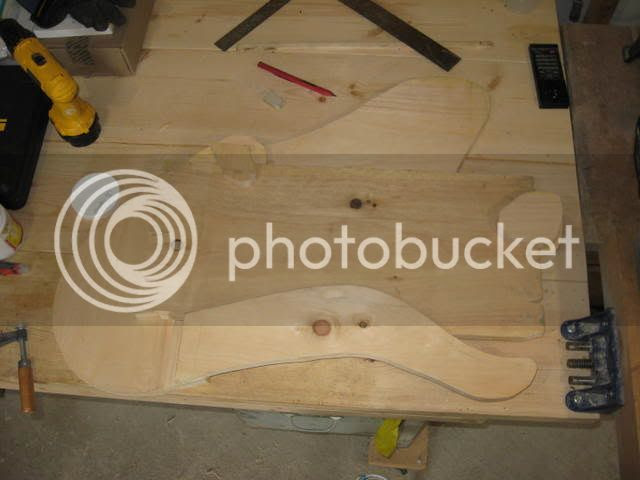 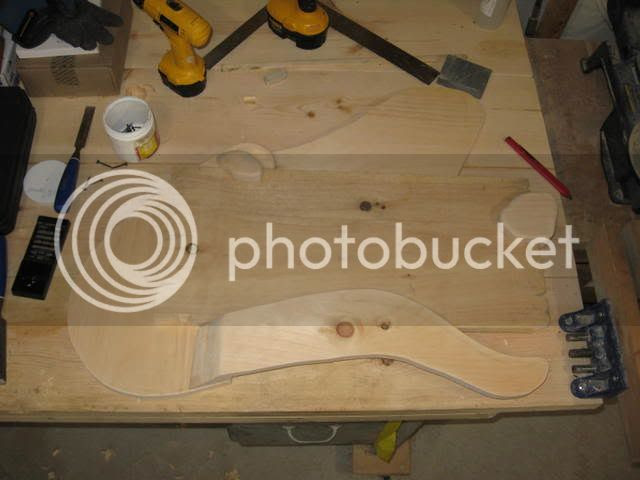 As you can see I stepped the tail so that it would wrap around the front of the sign. I then proceeded to round all the corners of the ghost using drum sander on the DP.

I had the day off work. When I finished doing some chores around the house I got back to my ghost sign.

First thing was to paint the ghost with non toxic paint.
Throughout the afternoon I gave it several coats of paint. 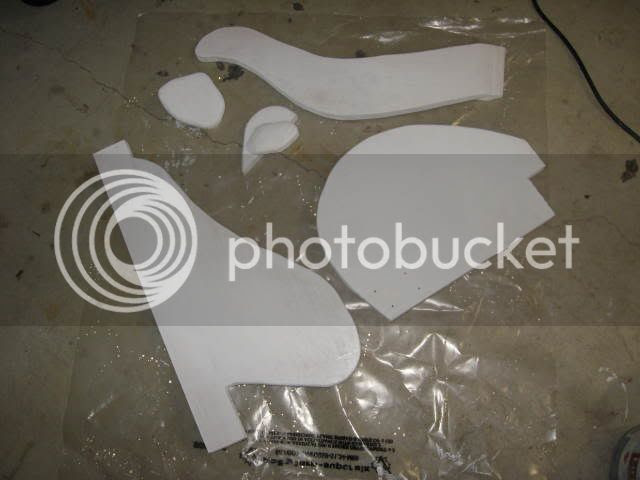 Colorful Canary said that she would like to sign to look like it was several board cracked up. I cut “Vs” at the ends of each board. (The funny line down the middle is the result of a picture stitch.

I then broke out the Marples to carve grooves in the board. This is the first time that I have tried any sort of carving. I know that this is super simple . . . however it was pretty nice to see the wood curl away. It was quite soothing. I think I’m going to try some carving. 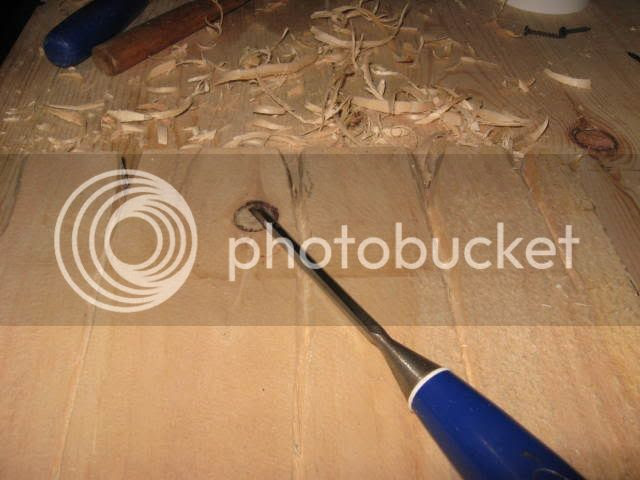 I had some company this afternoon. His name is Combie. 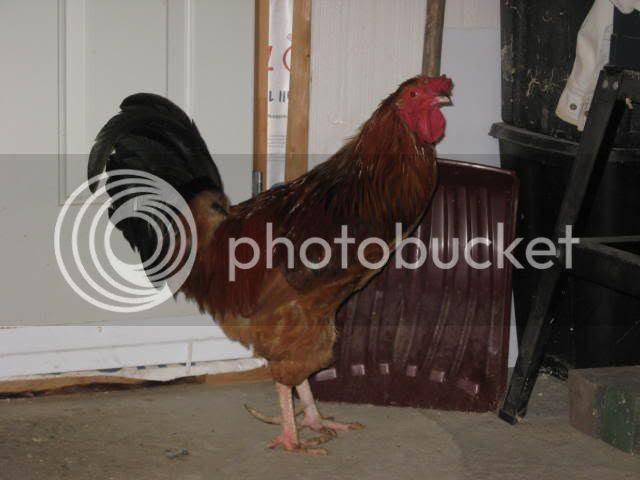 Here is the carved board stained with soy oil and coco powder. 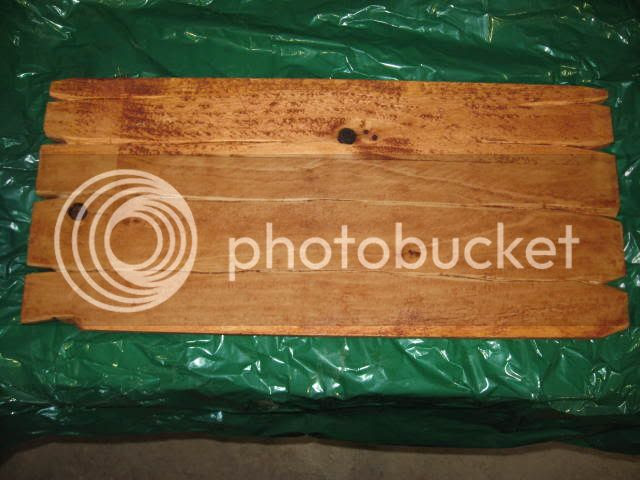 I ain't afraid of no ghost

I had Colorful Canary sketch out a couple of eyes on the head of the ghost as my freehand for
circles is shaky at best. 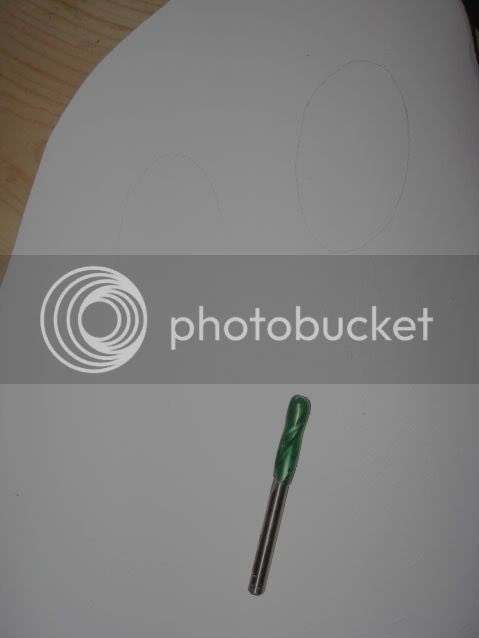 I then broke out the plunge router and my newly purchased upcut spiral bit from Lee Valley
to gouge out the eyes. 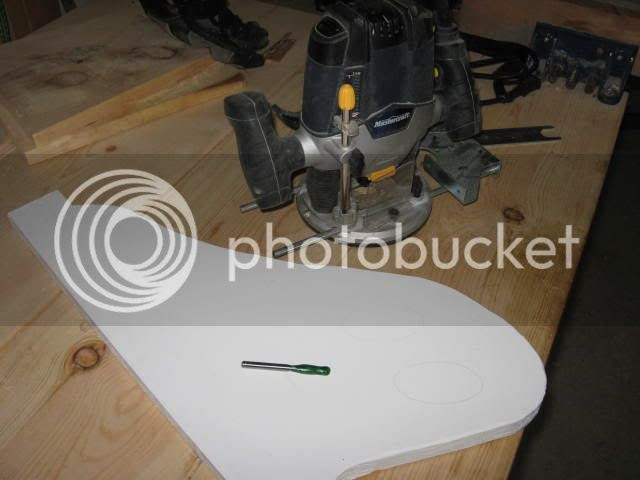 After blackening the ghost’s eyes it was on to the assembly and voila . . . I have a Ghost Sign. 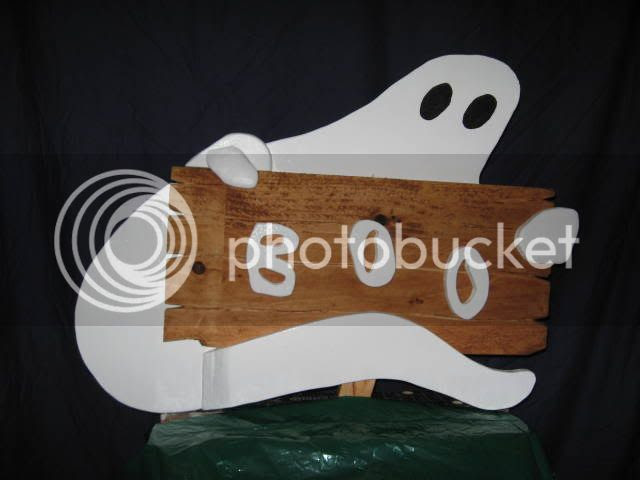 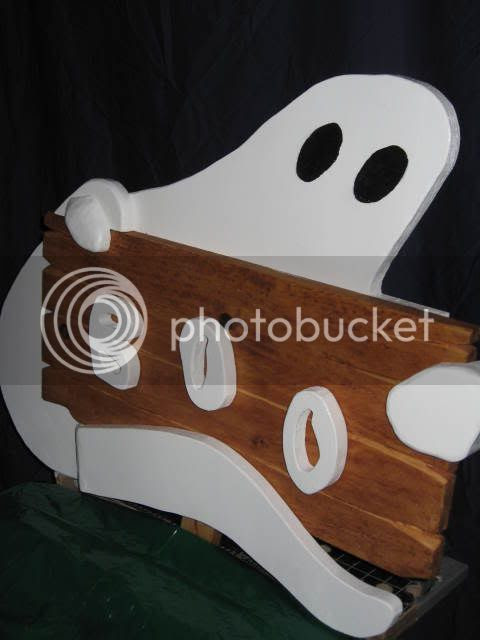 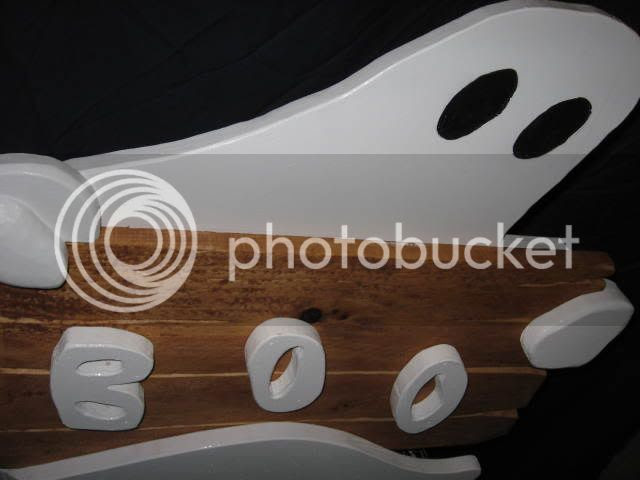 My creative juices were really flowing when thinking of what to put on the sign so I decided on “BOO”. I popped the letters on with a brad nailer so that the letters could be removed to spell other scary words such as “OO” . . “OBO” and the ever scary “OOB”.